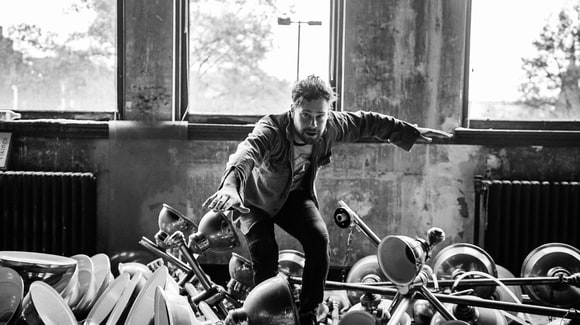 Sounds Like: A well-read choir boy who grew up to love rock & roll, American beer and breaking the rules every now and then

For Fans of: Chase Rice, the Cadillac Three, his brother Lee Brice

Why You Should Pay Attention: Growing up in South Carolina, Lewis Brice came from a musical family: His mother sang in a vocal group with her sisters, both his parents sang in their church choir, and Brice followed suit, singing in a praise and worship group. By the time Brice moved to Nashville in 2006, his older brother, Lee, was already a country hit maker. “‘I’ll help you out any way I can, but you’re going to make your own name in this town,'” Brice remembers his brother telling him the day he arrived. (Brice did star in Lee’s “I Drive Your Truck” video.) In 2010, he was a contestant on CMT’s Can You Duet with his then-collaborator David Oakleaf, where they made it to the top eight. Brice eventually struck out on his own with his band the Escorts, finally releasing his first, self-titled EP on July 22nd, a six-song mix of pop country and Southern rock.

He Says: “There’s not one thing on that record that I don’t like. It really represents what we do live – and what we do onstage is what keeps us alive. There are people out there who save a whole week’s worth of money to go see one show. So every time I step on that stage, I give it 200 percent, because that might be the first and last time that somebody sees me. If I get in front of them, I want to leave an impression. I want them to come see me again then next time.”

Hear for Yourself: “Best Ex Ever,” the first single from the Lewis Brice EP, is a cheeky, playful ode to an old flame with a singsong chorus and a touch of banjo. J.G.