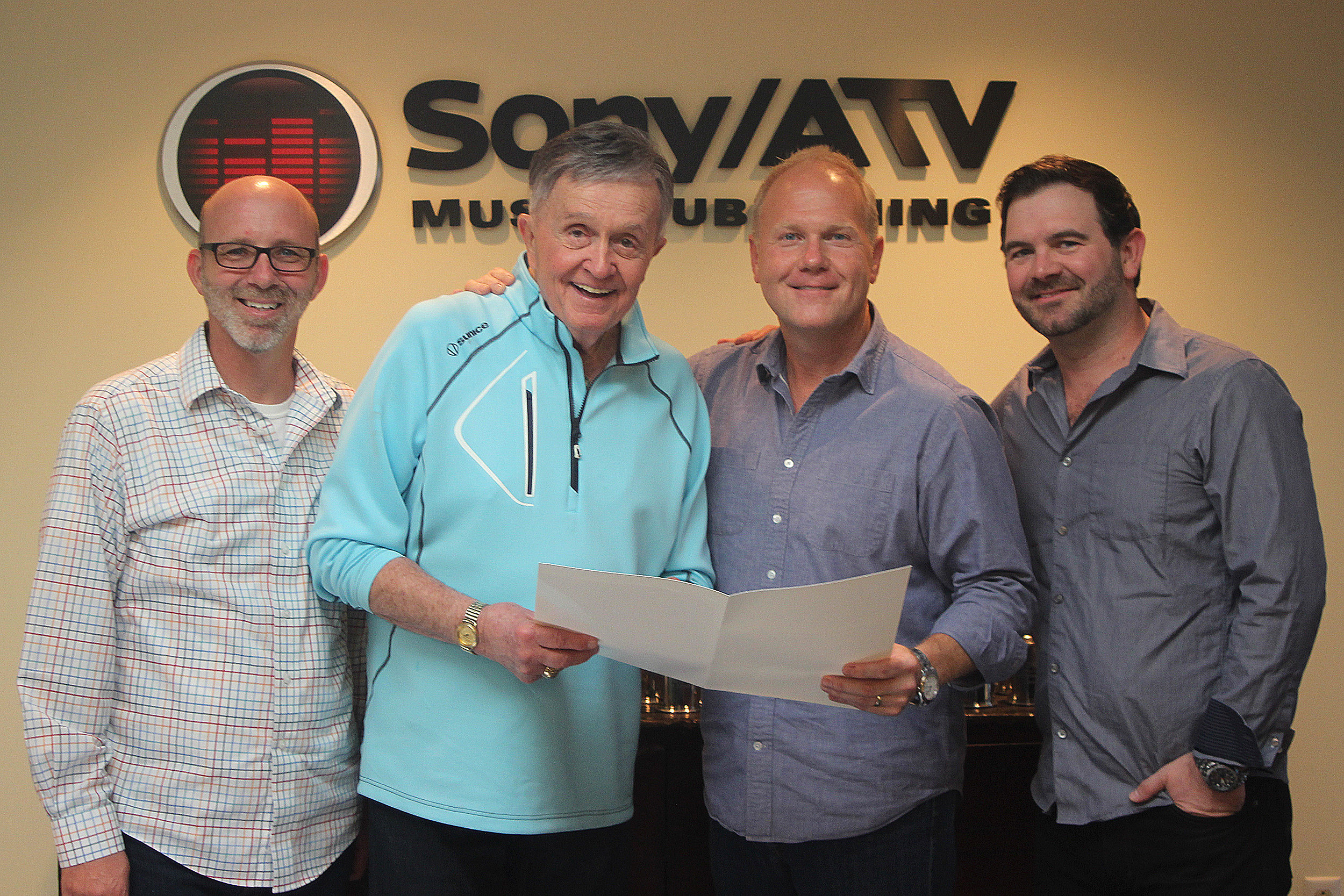 The six-time Songwriter of the Year award-winner first signed with Tree international, now owned by Sony, back in 1958. Since then, Anderson has created a numerous amount of chart topping hits such as “Whiskey Lullaby,” (Brad Paisley/Alison Krauss), “A Lot Of Things Different,” (Kenny Chesney), “Give It Away,” (George Strait), and “Country,” (Mo Pitney) among others.

“I love being part of the Sony-ATV family. I have copyrights there dating as far back as 1958, and hope to put lots more there before I’m through. I’m glad they’re going to let me hang around for another year,” said Anderson.

Most recently Anderson and Brad Paisley teamed up to co-write “Dying To See Her” for Paisley’s new album, “Love And War,” released in April of this year. His cut on Paisley’s album comes on the heels of Anderson releasing his official autobiography, “Whisperin’ Bill Anderson: An Unprecedented Life in Country Music.” The autobiography has received praise from fans and critics alike. Forbes deemed the book “One of the Best Autobiographies” of the past year. Anderson continues to tour and perform regularly at The Grand Ole Opry, which he has been a member of for an impressive 55 years.

ABOUT BILL ANDERSON
“Whisperin’ Bill” Anderson may be known for his soft vocal style, but his UNPRECEDENTED accolades and awards shout from the rooftops. He has released more than 40 studio albums, seven No. 1 singles and 29 Top 10 singles, and is a six-time Songwriter Of the Year award-winner. As a Grand Ole Opry member for more than 50 years and a member of the Country Music Hall of Fame since 2001, Anderson is one of the most decorated songwriters and performers in country music history — and an UNPRECEDENTED one at that, having earned the distinction of having an entry on the Country charts for seven consecutive decades – a record held by no other songwriter in history. His penned hits include “Whiskey Lullaby,” (Brad Paisley/Alison Krauss), “A Lot Of Things Different,” (Kenny Chesney), “Give It Away,” (George Strait), and his latest, “Country” (Mo Pitney), among others. At only nineteen, Anderson composed his first country classic, “City Lights” in his home state of Georgia, where he studied journalism at UGA. Anderson then moved to Nashville, signed a recording deal with Decca Records, and began releasing hit after hit. Fan-favorites include “Po’Folks,” “Mama Sang A Song,” “The Tips Of My Fingers,” “8X10,” and the unforgettable smash, “Still.” At the age of 40, he was inducted into the Nashville Songwriters’ Hall of Fame. At age 23, he became the youngest writer to be named Country Songwriter of the Year by BMI – a record only beat by 21-year-old Taylor Swift. In 2002, he was the first recipient of the prestigious BMI Icon Award. UNPRECEDENTED not only as a songwriter, but also a radio and television host, Anderson has starred on “ABC’s The Better Sex,” “Fandango,” “Country’s Family Reunion,” “Larry’s Country Diner,” and hosted radio shows as well as the legendary Grand Ole Opry.